In high school, you probably learned about the four natural states of matter—solid, liquid, gas, and plasma. Depending on when you graduated, if your curriculum branched into modern states of matter, you might have even learned about one or two more—Bose-Einstein condensates and fermionic (or Fermi-Dirac) condensates, the latter of which was discovered in 2003 and officially published in 2004.

The truth, however, is that there are many states of matter, some of which we are only now creating in the lab. The most recent state of matter discovered in 2021 is called a quantum spin liquid, and its creation could be very important for the future of quantum computing.

22 States of Matter and 19 Phases of Ice

What you probably didn’t learn about in high school chemistry are the twenty-two states of matter that we know about today like dropletons, also called quantum droplets, string-net liquids, Rydberg polarons, and time crystals.

At least three new states of matter that were previously theorized have been made a reality in 2021—quantum time crystals, ice-19, and quantum spin liquids.

Another exotic state of matter made real in 2021 is stable, ultra-hot superionic water ice, also called ice-19 because it is the 19th known phase of water ice. Despite being made of pure water, the structure of this ice appears black due to the configuration of its particles and it also exhibits surprising magnetic characteristics.

Quantum spin liquids could be a vital component in building useful quantum computers, and a Cambridge collaboration of scientists including researchers from Harvard and MIT have finally observed this elusive state of matter according to their paper on quantum spin liquids published on December 2, 2021.

What Is A Quantum Spin Liquid?

Quantum spin liquids (QSLs) are magnetic materials with electrons that are always in flux and they bear no resemblance to “liquids” as we normally think of them in forms such as water. Instead, the term liquid here refers to these ongoing fluctuations inside the material’s structure that exist due to quantum entanglement.

In a regular magnet, a ferromagnet, like you would find on your fridge or even in a rare-earth magnet like is used in computer hard drives, all of the particles have a same-direction quantum spin that is either up or down—simple. In antiferromagnets, like hematite, the particles have a regularized, predictable pattern of alternating spins, up-down or down-up.

But in quantum spin liquids, the particles can’t arrange their spins into something regular, stable, or coherent due to a third force that serves to create a triangle-like lattice structure. In the “regular” magnets, the spin of any two particles can easily point in the same direction or opposite of one another.

Quantum spin liquids are actually solid materials. In them, the quantum spin which is responsible for magnetic properties among the particles, is always changing and flowing, thus the name “quantum spin liquid.” This fluidity remains true even at absolute zero due to exceptional levels of quantum entanglement. This is one reason that the observation of QSLs is so groundbreaking.

On the contrary, regular magnets cool to a solid, structured state that presents magnetic qualities. Their atoms “freeze” into place—they are no longer liquid.

Because of the heavy entanglement involved in QSLs, they exhibit topological order, meaning they can sense the full structure’s overall geometry. If you cut a slice of pizza out of the pie, the rest is still just pizza. If you cut a slice out of a quantum spin liquid, the properties of the entire system can change.

Quantum spin liquids are a state of matter first theorized about by Nobel laureate and theoretical physicist Philip Anderson in 1973. It has taken us fifty years to finally observe this exotic state of matter, a feat finally achieved by using a quantum simulator. This is the second topologically-ordered phase of matter to be observed, the first being the fractional quantum hall effect which earned its observers a Nobel Prize in 1998.

Observing topological order and confirming the existence of a substance as a quantum spin liquid is an immensely difficult feat, due in part to the nature of quantum physics itself. A potential QSL’s entanglement and topological order can’t be measured at any one, singular point. With the help of quantum simulators, however, researchers are now able to create this mysterious state of matter in the lab which opens doors for more hands-on research, discovery, and applications.

“It is a very special moment in the field…You can really touch, poke, and prod at this exotic state and manipulate it to understand its properties… it’s a new state of matter that people have never been able to observe.”

Quantum Simulations & The Importance Of Neutrality

The method used to create the first observable, confirmable quantum spin liquid involves the use of a programmable quantum simulator capable of operating at up to 256 qubits.

This cutting-edge system was developed by Harvard-MIT Center for Ultracold Atom scientists as well as researchers from other universities. Its invention is a landmark in quantum physics, built with the intention of creating real-world breakthroughs within ultra-complex systems.

The Importance Of Neutral Atoms In Observing Quantum Spin Liquids

For this experiment, researchers used neutral atoms which can be readily accessed and manipulated. They then utilized lasers to move individual atoms “like a tractor beam, protecting them from external interference,” said Charlie Wood of Quanta Magazine. The concept of using lasers as “optical tweezers” to interact with neutral atoms reaches back to 1997. It’s these groups of neutral atom qubits which can be in superposition as well as entangled with one another, both necessary functions in the foundations of quantum computing. The scientists use a laser-pulse to induce a Rydberg state that can in some ways be compared to a classical computing action of “flipping a bit” from 0 to 1 or 1 to 0.

Large, triple-digit networks of these neutral atoms are what enable scientists to really explore complex quantum systems. This is where the “programmable” aspect of the quantum simulator comes in—researchers can move these neutral atoms into any lattice geometry, then engineer interactions by specifically and intentionally creating these aforementioned Rydberg states. This results in the creation of a type of “artificial crystal” as compared to the work of condensed matter physicists who would use natural or lab-grown crystals to observe similar quantum properties but without the same programmability.

In this experiment, the “frustrating” triangular lattice structure was created to mimic Herbertsmithite due to suspicions of its QSL properties and is what ultimately led to the confirmable observation of quantum spin liquids.

Impacts of Quantum Spin Liquids On The Evolution Of Quantum Computing

Quantum spin liquids have been elusive until now, but the observation of this novel state of matter has big implications for the world of quantum computing and other quantum technologies such as high-temperature superconductors and topological qubits.

Quantum spin liquids may play a critical role in creating truly usable quantum computers that we will one day see in wide use. The discovery of QSLs places us on the cusp of some major advancements in the field of quantum technology.

“[…} The exotic properties from quantum spin liquids could hold the key to creating more robust quantum bits—known as topological qubits—that are expected to be resistant to noise and external interference.”

The observing researchers have already begun to explore applications of QSLs to create these topological qubits and have already completed an initial proof-of-concept test.

In the race toward quantum computing, this is a giant leap forward, one which has evolved faster than many scientists—even those involved—expected. The methods behind its discovery such as the quantum simulator are likely to be put to use to explore a vast array of other theories and applications that will continue to thrust us forward into more exciting future technologies. 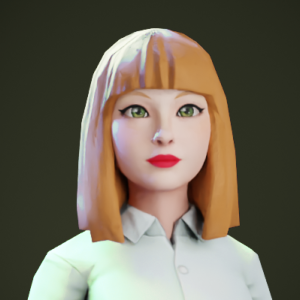